This month, I tackled one of our readers’ favorite features… Doggos of UIUC! If you’re missing a furry friend back home or are in need of something to brighten your day, take a look at some of the coolest canines on campus. 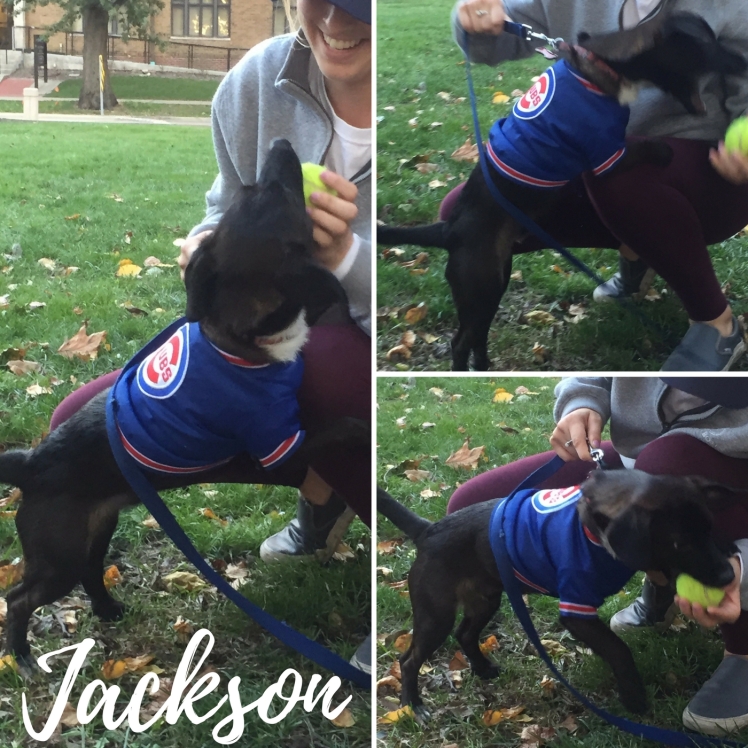 The first puppy I encountered was this handsome little Cubs fan, Jackson! Jackson is a dachshund lab chihuahua mix. As you can see in these pictures, he is mostly black with a little patch of white on his chest. His favorite toy is his tennis ball, which he couldn’t stop playing with while I took his picture!

This perky pooch is named Buzz for good reason – he is still a hyper little puppy! Just five months old, he is a Glen of Imaal Terrier. Buzz welcomed me with lots of jumping, sniffing, and nuzzles as his owner relaxed on the Quad during one of the nicest fall days of this year. 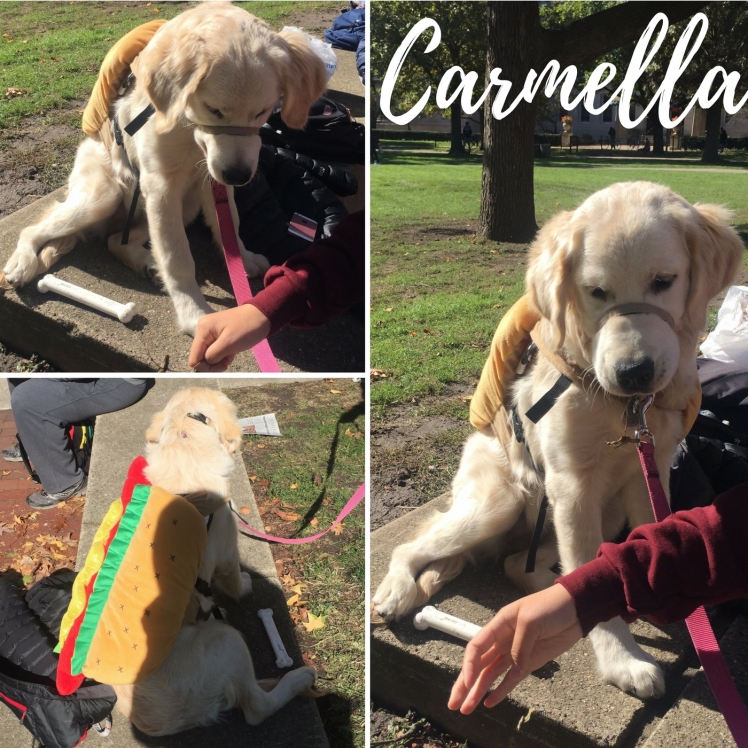 Next up is Carmella! Carmella was being watched by some of her owner’s friends at an Illinois rugby fundraiser on the Quad. She even dressed up in a hot dog costume to help raise money!

I was also lucky enough to meet two doggy siblings! Jackson, a terrier mutt, and Lulu, a yellow lab, were enjoying the sunshine as their owner caught up on some homework outside of the Illini Union. Lulu was a shy, patient girl while Jackson was definitely more enthusiastic (which made it hard to get a picture of his face!)

All images were photographed and edited by the author.