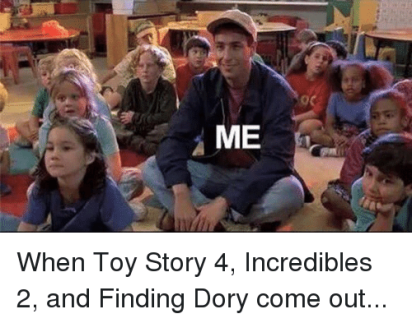 It’s becoming harder to promote movies nowadays because a lot of people don’t watch commercials; we can download AdBlock on our laptops and watch our favorite shows whenever we want without advertisements. Also, people use websites like Netflix to watch movies most of the time, so we don’t get as excited about going to the movies as we used to.

I remember that growing up I loved to go to the movie theater, and I would always know which movies were coming out and which ones I wanted to see. Now, I really do not care to go out to the theater and watch new movies. I would rather watch ones I have already seen. I just feel like movies today don’t interest me.

After 2010,  all the drama movies that conveyed strong, deep messages died out. Films aren’t as relatable as they used to be. The dramas I would most likely be interested in now are either movies based on true stories or movies by Tyler Perry. It seems like today, people expect movies to be good based on the entertainers that star in them. Some of the dramas that I really enjoyed and still watch today are movies like Coach Carter (2005) and Dangerous Minds (1995). Both of these films portray an adult teaching high schoolers that your education and your life matter. There are scenes in these movies that actually made me cry, and I usually don’t cry when I watch movies.

Another reason why I feel like movies were better in the past is because a lot of older films are now being given new life. For example, School of Rock was a 2003 film and they recently turned it into a TV show with all new characters. Finding Dory, released last year, is a spinoff of the 2003 film Finding Nemo. Also, The Incredibles 2 is rumored to be coming out in 2018, fourteen years after the original was released. It just feels like filmmakers are trying to keep up with our generation in order to stay relevant. Don’t get me wrong, I don’t hate today’s movies. I still watch them, but I don’t think they are what they used to be.

In case you are interested in any of the films listed above, the trailers for all of them are listed below: