It seems that the spiral of bad news for Taylor Swift, the artist of 26, just doesn’t end. Just last July, she was exposed by Kim Kardashian-West for lying about not giving consent for her name to be used in one of Kanye West’s songs. From there, artists celebrated the unmasking of the so-called “angel” and the supposed death of Swift’s career.

In the midst of it all, only a few people stayed by the ex-country singer’s side – even though defending her caused turmoil in their comfortable first-class lives. Tom Hiddleston was one, continuing to date Swift despite all his friends disapproving the relationship.

One anonymous source said, “I would wave my Thor hammer at him and scold my brother from another mother. His only reply would be questioning me for bringing my hammer everywhere.”

Though they had been dating for only three months, Hiddleston was captured being very supportive to his beloved partner. It was obvious Swift wanted to hide from the world in her castles; however, Hiddleston convinced her to come outside and let him do the smiling for the cameras.

September then hit; people rejoiced the return of their pumpkin spice lattes and fall sweaters, even though it was still summer. It wasn’t all sparkles and unicorns, however: the news of Hiddleswift splitting hit the Internet with another wave of emotions. The reasons have been unknown, but events from this week may shine some light on this non-newsworthy relationship.

Rumor had it that Hiddleston actually had been working with Kanye West and Calvin Harris towards releasing his own single by the end of this year. The rumor was confirmed when the trio was seen entering the record studios in a very cheerful manner and leaving late in the evening. A close friend of Hiddleston said “[Tom] is very talented. He wanted to find an outlet to release his emotions towards Taylor. What a better way than a song?”

Kanye West himself stated, “Tommy is this ball of creativity with a flare inside him that needed to get lit. When you’ve been hurt by your bestie, you turn around and create another world. He is a genius. Not as genius as me, but a genius. Like if there was a tier, he would be on there along Beyoncé and I.” 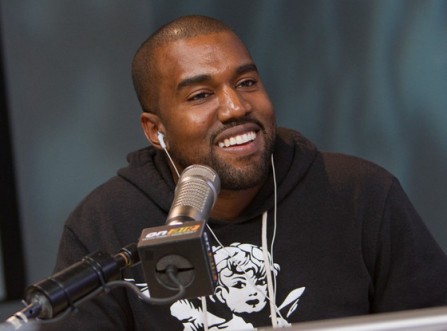 At this point, Hiddleston has not released an official statement regarding the collaboration with West and Harris. A Snapchat video circulated where Hiddleston was heard rapping in the studio. The video was later deleted, however we were able to capture the lyrics. We are unable to confirm if these lyrics are part of the official song, however, it’s LIT:

She hit me up because I was Loki

Little did she know I was high-key

I ain’t a number nor a song

That’s why we didn’t last that long

Hopefully, Hiddleston will gift the world with rest of the song. We’ll definitely be waiting.

This is a parody article.