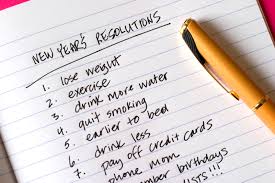 It is that time of the year again: the holiday season.  It’s time to spend hours with family and give back.  Also at this time, we are often reminded of the goals that were not accomplished in the past year.

New Year’s resolutions are made every single year and more often than not, they aren’t followed through.  Wishes for travel or a healthier year are seen to decline throughout the year and the goals are never fulfilled.

But, for the 33 percent of memberships that do get used, gyms report an average 40 percent increase of foot traffic during January —a number dedicated gym rats tend to notice and get annoyed by.  Luckily for avid gym-goers, the average gym attendance of these buyers is under five times a month. 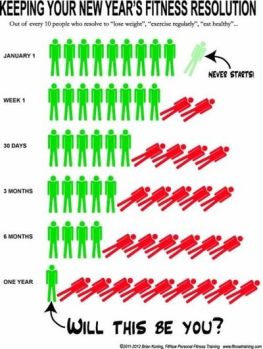 That is the huge problem with the concept of New Year’s resolutions.  Everyone feels the societal pressure to try and change themselves or their lives once a year, and that shouldn’t happen.  If the life one is living is great, then one should stick with whatever they have.  Some years, there simply isn’t a portion of life that needs to be improved upon.  Instead of making a goal to change something or do something that deep down you know you don’t really want to change, make a resolution about something that you’d actually be happy to change.  Whether it is to increase your GPA or maybe to branch out more, the true idea behind New Year’s resolutions is to be happy, not thrive to be someone you’re not.

So this New Year’s, instead of following the crowd and setting random goals for yourself, reflect on the experiences and people you’ve met and loved in 2015.  Happy New Year everyone, and may 2016 be the best year yet. 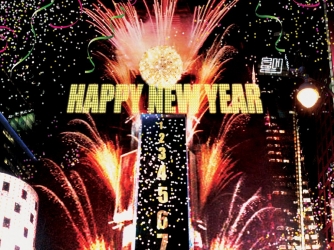