The chances of bumping into a celebrity on a daily basis while attending a university surrounded by miles of cornfields are slim. Luckily, there are RSOs on campus that bring in celebrities, artists, bands and other important people. On October 5, the Illini Union Board brought in their second guest of the year, Todrick Hall, for their Lecture Series.

Before getting his own television show “Todrick” and launching a YouTube channel,  Hall made his first media appearance on American Idol. Sadly, he didn’t win season 9 of  the show, but losing didn’t discourage Hall from pursuing his dream. After American Idol he realized he was limiting himself, so he started performing on Broadway and created a YouTube account to further showcase talents other than singing. On YouTube he produces, choreographs and sings in his own videos. YouTube became an outlet for Hall to be himself and have complete creative control.

Although the room wasn’t packed, the night was filled with entertainment, laughter, motivational and inspirational speeches and a lot of sass. Less people meant front-row seats to view the show. When everything was in place, an introduction video started playing, talking about The Todrick Experience. After the video ended, Todrick went on stage with two backup dancers and the audience erupted in cheers and applause. They lit the stage with their charismatic, powerful dance moves.

However, Todrick wasn’t just there to entertain. He shared words of wisdom and how he built himself as a brand. As an advertising major I find it fascinating how many YouTubers and social media celebrities build their own brand. The main thing Hall wanted the audience to get out of the lecture is B.e.y.o.n.c.e., which stands for believe, entrepreneurship, yasss, own your brand, never give up, connect and evolve. He would rather create content based on his own interests and receive less views than cater  to the mainstream. Consistency and being yourself are both important to building a brand on the Internet. 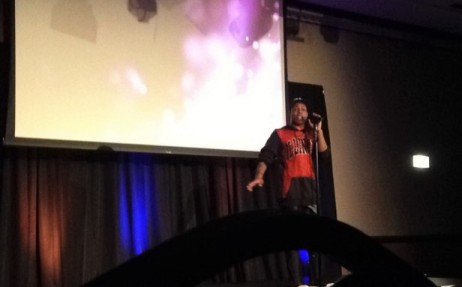 Later on, Hall sang his own song, “It Gets Better” in support of the LGBT community and to help those who are having a hard time. He wanted to encourage the audience and let them know it does get better.

He also performed “Twerking in the Rain” and invited people from the audience to come onstage to dance with him and his backup dancers. 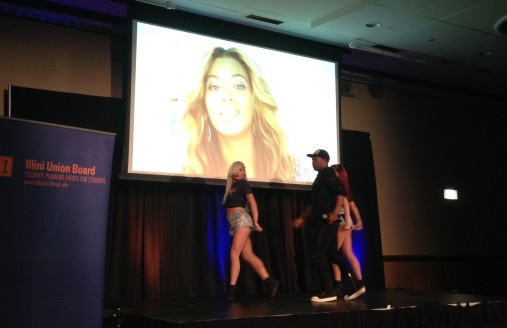 Todrick ended the show by dancing to Beyonce’s song “End of Time.”

It was a pleasure to be a part of the audience and The Todrick Hall Experience. A good takeaway from this Lecture Series is that college students need to build their own brand while differentiating themselves from other competitors to potential employers.

All photos courtesy of Ada Li