No matter what we are watching on television or what time of day it is, we cannot escape the cute little girl in the match.com commercials or the catchy theme song “You don’t have to be lonely, with farmersonly.com”. In this day and age, everyone is always on the move and may not have the time or energy to leave their houses to meet potential life partners, and with the internet, they really don’t have to.

Some people think there is a negative stigma with online dating, but if you are careful about it and trust your instincts, it might lead you to the best thing that could ever happen to you.

In the MTV hit television show Catfish, people meet other people online and 9 times out of ten the people they are talking to are not actually who they say they are.

In reality, not every online-based relationship is like that. Many of these relationships can be very trustworthy. Marriage is even a possibility from these online encounters!

Although I am not married (yet), I am currently in a very successful relationship that blossomed from online conversation to the beautiful love that it is today. I transferred to the University of Illinois this past August and was advised to join the “Class of 2018” Facebook group. I joined the group last February in hopes of maybe meeting some new people before I got to campus in the fall. While scrolling through the page one day, I saw someone posted about not being able to decide what school to go to, the choice being between University of Illinois and Georgia Tech. To make a long story short, through commenting on the post and interacting with other people, I was introduced to my current boyfriend.

We talked to each other and FaceTimed all summer, and when the school year started in the fall, we became involved with one another on a more romantic level. The best decision of my life so far was messaging him on Facebook, because if I didn’t, I would not be involved in the most amazing situation I could ever ask for. 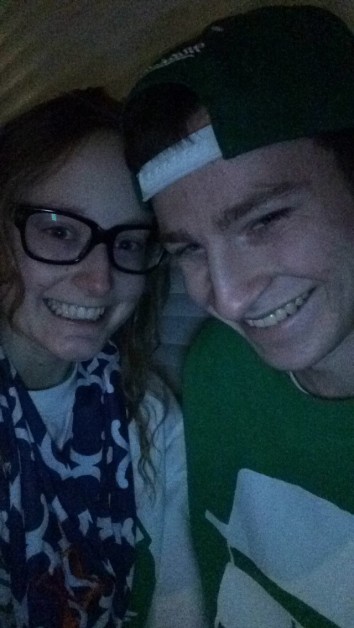