The awards, which included live performances by AC/DC, Beyoncé, Pharrell Williams and Madonna to name a few, could just as easily have been called the Smith awards, as in English singer and songwriter Sam Smith, who rose to fame from his feature in Disclosure’s 2012 song “Latch” ended up taking home a total of four Grammys.

Upon being called onstage for his Record of the Year win, Smith said, “I want to thank the man I fell in love with last year. Thank you so much for breaking my heart because you got me four Grammys.”

In addition to Smith, pop star Beyoncé also had a big night. She and husband Jay Z won the Grammy for Best R&B Performance and Best R&B Song for “Drunk in Love,” and Beyoncé herself took home the Best Surround Sound Album Grammy for Beyoncé.

The Grammy awards this year was filled with performances and recognition of accomplished and skillful artists and musicians, but what better way to top the night off than with a little Kanye drama? The Grammys just wouldn’t be the Grammys without it.

As Beck was onstage ready to make a speech after winning Album of the Year, Kanye West made his way onto the stage in a way that appeared to be just a prank, but then restrained himself from making the same mistake he made when interrupting Taylor Swift at the 2009 Grammys. According to E!Online, he later said that Beck should’ve given his award to Beyoncé, which was pretty much identical to his claim about Taylor Swift six years ago. 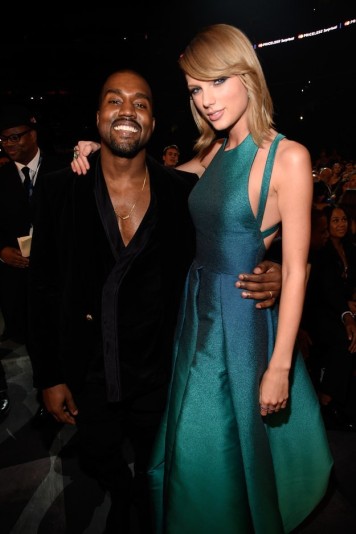 And speaking of Taylor Swift, apparently after last night, she and West have buried the hatchet, as the two posed for a photo backstage.

Musician Prince was responsible for the last notable, big moment of the night. While introducing the Album of the Year, he mentioned the protests in Ferguson, Missouri, saying “Like books and black lives, albums still matter,” which was followed by an impassioned applause from the audience. 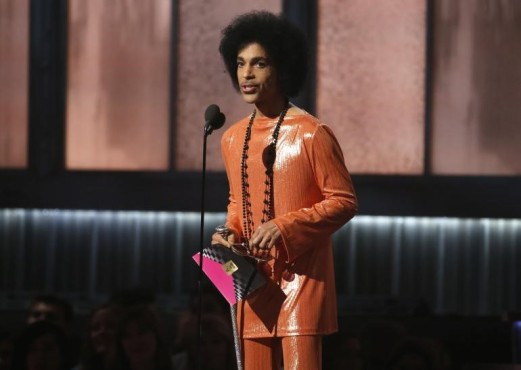